two songs and one

two songs and one 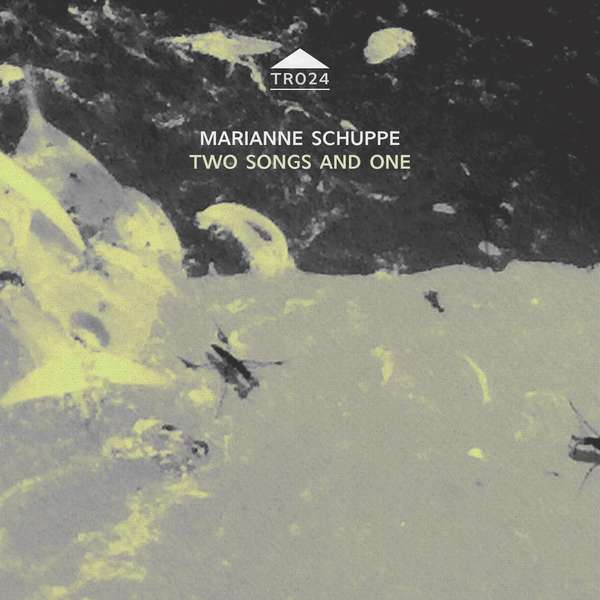 Marianne Schuppe is a German/Swiss performer and composer of music for voices, based in Basel, Switzerland. She studied visual arts and music at Hochschule Hildesheim between 1979 and 1982 and continued her vocal studies in Carnatic Music in the South of India (1983), with Jolanda Rodio in Switzerland (1984-86) and Michiko Hirayama in Italy (1988-2003).

Since the mideightees she has performed internationally as a singer, vocalist and soloist of contemporary music, including world premierres, improvisation and interdisciplinary cooperations. Prior to 2010 she was known for her recordings of vocal music by Giacinto Scelsi and Morton Feldman and for her activities as an improviser. Since 2008 she is developing a solo-work for voice and sparse accompanyment by lute and uber-bows. Since several years she is part of the wandelweiser composers collective.

Slow songs (2015) and nosongs (2018) were released with edition wandelweiser. Her works include text scores, poems, essays and ensemble pieces.

She has been teaching for many years in Switzerland, Germany and Japan, is a guest lecturer for voice and improvisation at FHNW University of Music Basel and was a mentor in the Composers Meet Composers workshops at heim.art with Emmanuelle Waeckerlé, Joachim Eckl, Antoine Beuger and Jürg Frey.

As president of IGNM Basel committee she is curating a concert series of contemporary music in Basel. 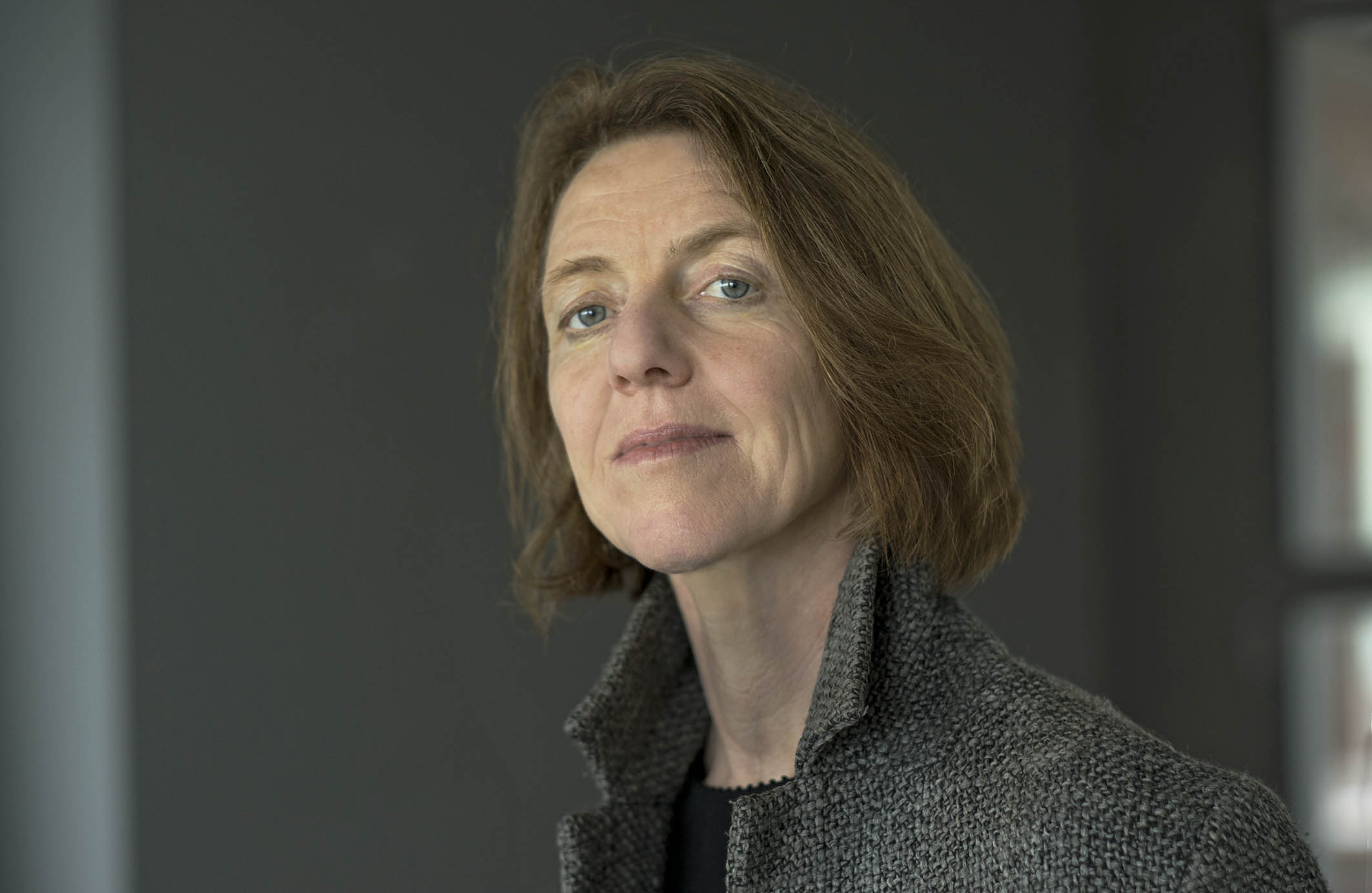 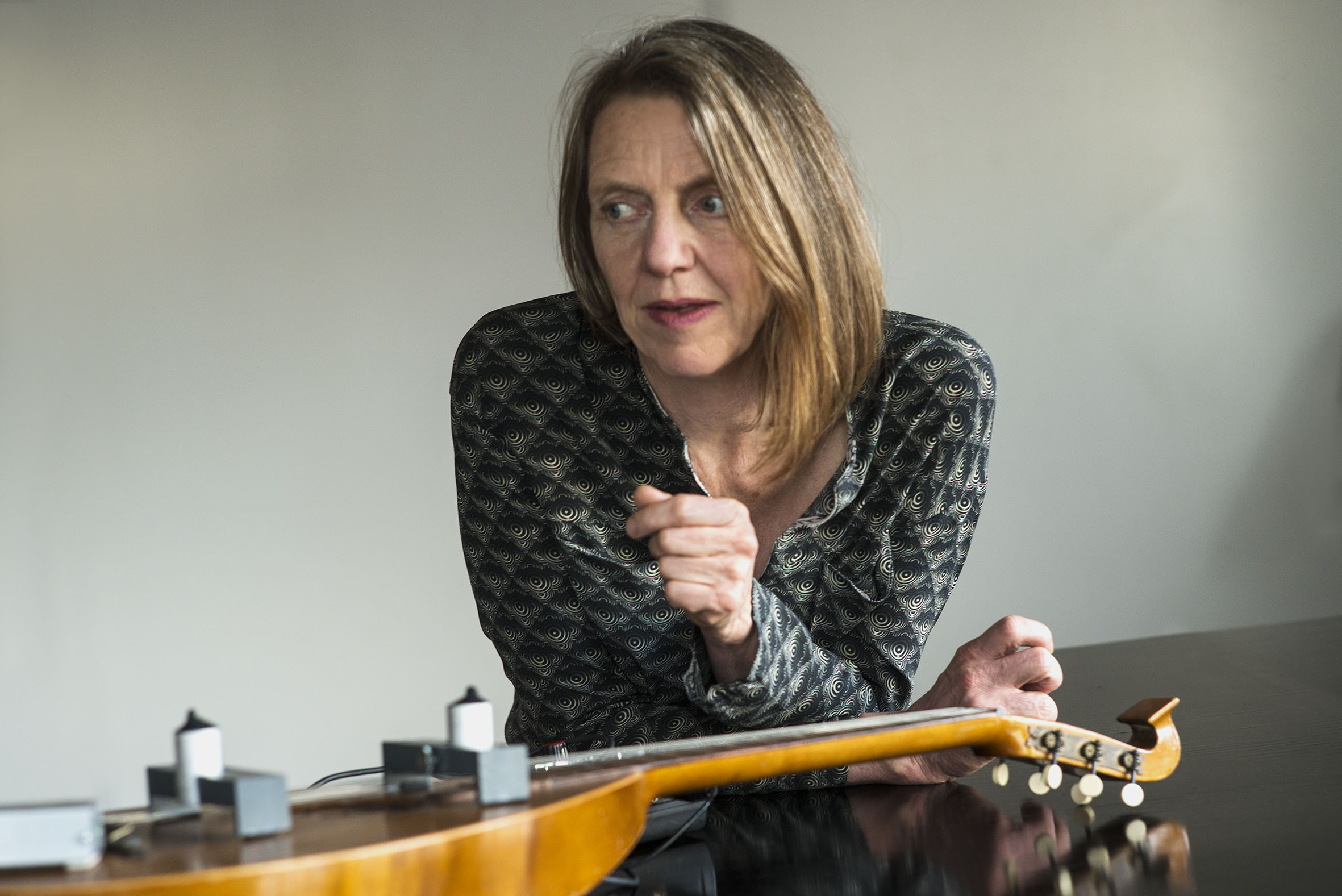 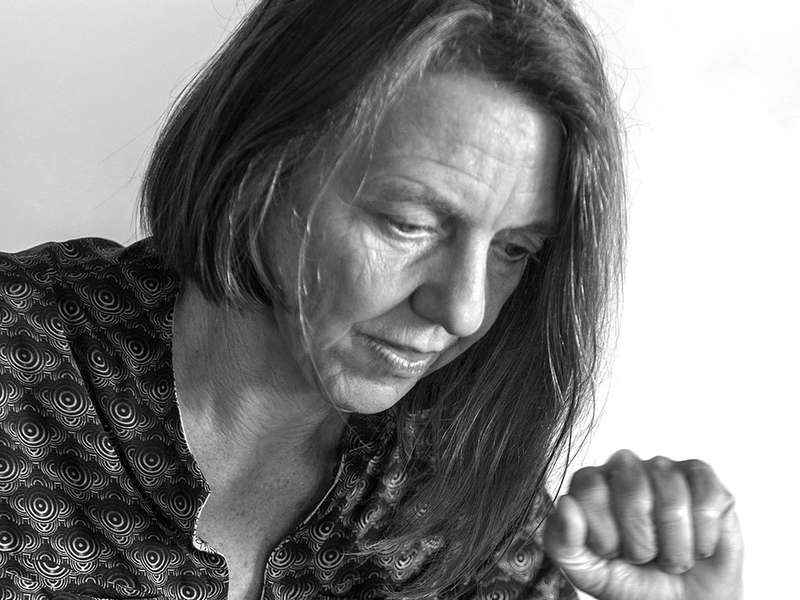 Listening to a voice, one may hear sounds or words. Words are linked to a specific language and understanding. Sounds may hide the voice as a human source. Though sounds are not bound to a specific vocabulary, they are as well carrying meaning, intended or not. Words and sounds constitute the presence of voice and do not exist independently. Both have a specific physicality. They interact, within or outside language. Together they enfold the complexity of singing.

My compositions are rooted in my practise as a singer, vocalist, writer and teacher. Steps throughout these interweaving acitivities were : song - movement - improvisation - sound - breath - word - song - extended. Find a selection of my pieces here:

for voice and two instruments
text: Marianne Schuppe
a ransong to be sung in trio or performed with solo voice and instruments

for listeners and singers

for voice, lute and uber-bows
text: Marianne Schuppe
came in here from side-doors
found in a landscape of some other game

for voice and one instrument
referring to a small selection of words by Sappho, commissioned by Ute Stoecklin/ maison 44
das Licht zurückwerfen

for voice, lute, e-bows
text: Marianne Schuppe
nor silent, kind or real are things in thinking

for solo voice
where is the stage in a high-ceiled dark concrete-room ?

for voice and instruments
text: abgelauschte Sätze
encouraged by Jürg Frey for his concert series moments musicaux in Aarau, named after a swedish woolen blanket

for voice, lute, e-bows
longsong in seven parts based on the transkription of a witch trial in the Swiss mountainvalley of Avers in the 17th century,
commissioned by Ina Boesch und Corinne Holtz for the opening of their performance series “Die Bühne im Avers”.
346 Jahre später schickt mir jemand eine Postkarte

music for videowork by Andrea Wolfensberger
Multi-layered-tape-composition based on a conductus of Codex las Huelgas (13th century).
a many-voiced canon towards dissolution into wind

for voice and tape
text: Marianne Schuppe
Simultaneity of speaking and singing comes about by accident

Since the middle-eightees I have enjoyed passing on my experiences in elementary and experimental voice-work and singing to others. I have trained singers, dancers, speakers, teachers and other enthusiasts to develop their voices through groupwork and individual lessons. I have worked in theatre- and dance-productions as a voice teacher and musical advisor and I have given masterclasses and lectures on my work in Europe and Asia. I work with my own intergrative voice-body-technique based on classical singing, breathing-work (after Erika Kemmann, Institut für Atemlehre Berlin and Atem-Tonus-Ton developed by Maria Höller) and movement (Roni Segal). This training facilitates improvisation, interpretation of an individual repertoire or other forms of creation. It is based on my own singing and performance practise of more than three decades and enriched through my experiences with Central-Asian vocal music. From 1995-2010 I have educated singers and speakers in the Atem-Tonus-Ton-method in Switzerland, Germany and Japan. Since 2013 I have been working as a guest-lecturer for voice and improvisation at the FHNW University of Music in Basel and other swiss university-music departments. Since 2008 I have been the director of an advanced student ensemble, which focuses on improvisation, ways of singing together mostly without tuning forks and has staged several performance-projects.

for choirs and more voices,
commissioned by Basel Festival ZeitRäume
a fluid sculpture through the city of Basel formed by smaller and bigger groups of humming voices over a period of ten days

for 8 voices
text: a selection of 23 words from the Bible, translated by every singer in her mothertongue,
commissioned by Basel based ensemble Voce for a programme reflecting Whitsuntide.

for 10 voices and two saxophones
an imaginary journey with music-students of Gymnasium Oberwil reading, singing and dwelling through their favorite books. 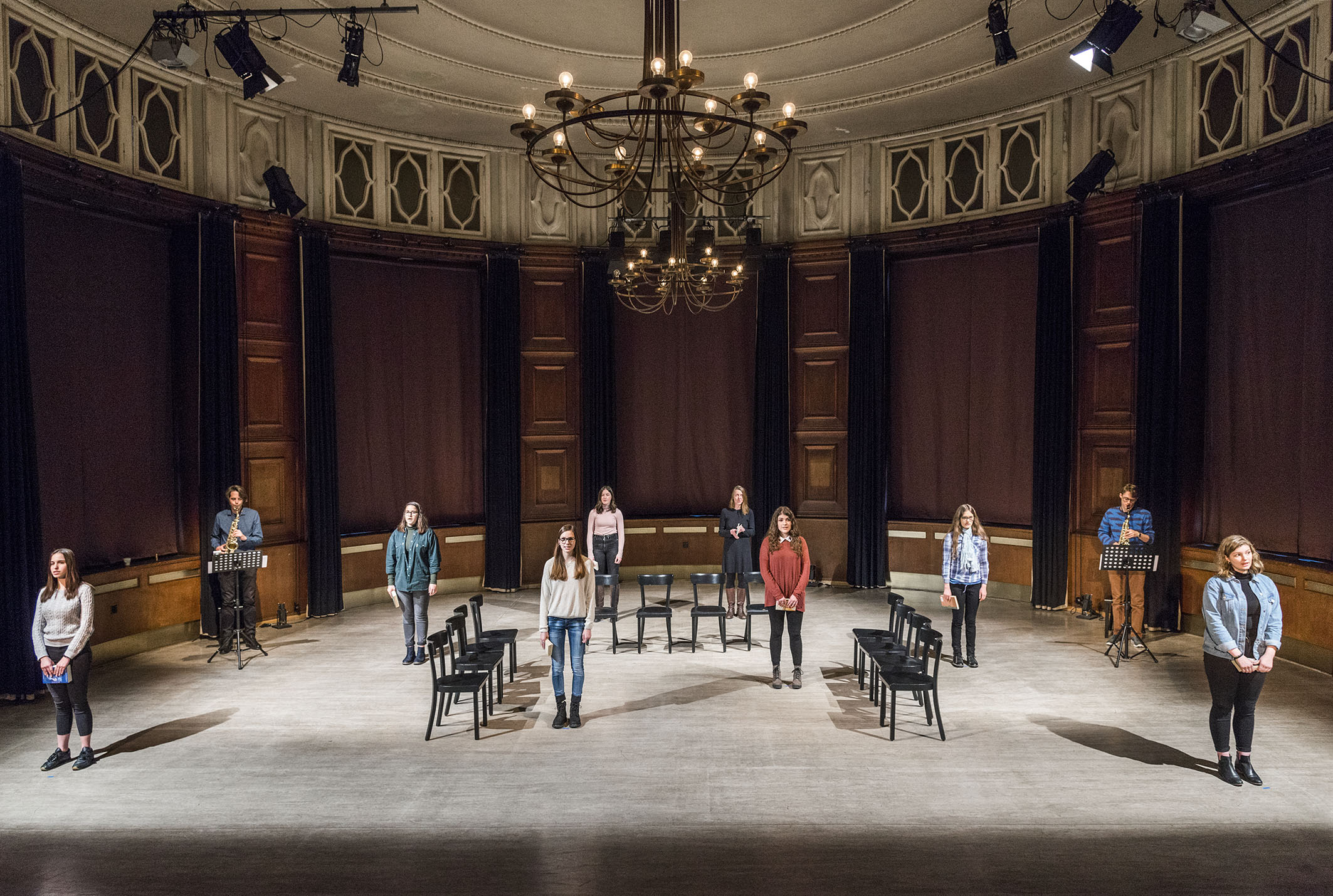 for voices
placeless beyond the coast

for two voices
text: Marianne Schuppe
developed in and for the duo with Regula Konrad, soprano

for vocal-ensemble, live-music with the film The Fall of the House Usher, Theatergarage Basel and Filmpodium Zürich 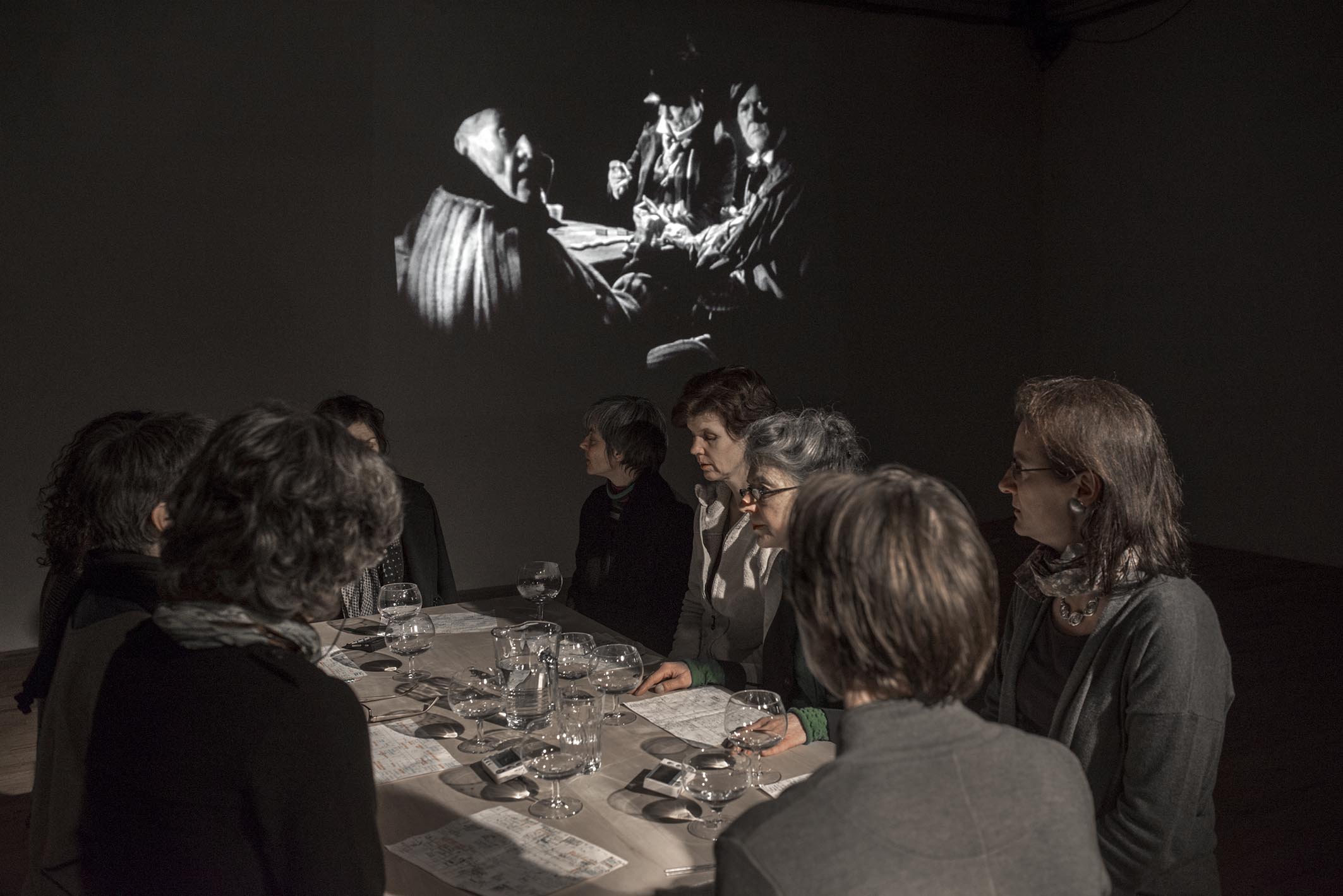 a project with students of Gymnasium Oberwil and Musikschule Basel in cooperation Sylwia Zytynska and Fritz Hauser, Gare des enfants/Gare du Nord Basel.
text: made up by the students recalling and describing their routes to school and their childrens' bedrooms.

for two voices
text: Dorothea Schürch
developed with and for duo with Dorothea Schürch
commissioned by Schweizer Tonkünstlerverein and performed on the high rack in the sportsground in Festival neue Musik Rümlingen

Interview with the singer Irene Kurka

Giacinto Scelsi (Hô) and a new work by myself 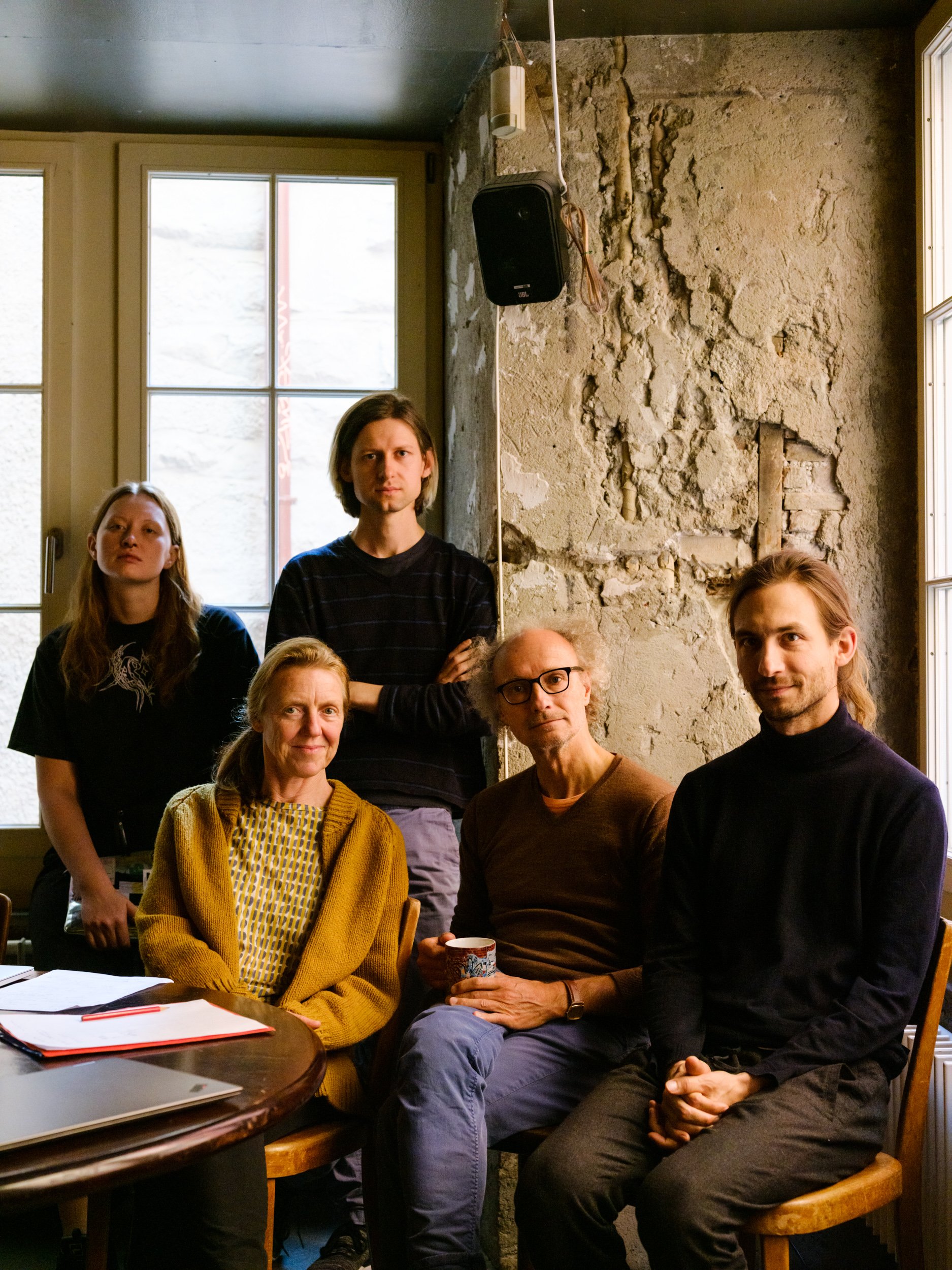 Marianne Schuppe - notes from the hill and other works

afore - inner core - behind, to collect and to recite

Marianne Schuppe - notes from the hill

the crucial crux of words